Toronto– The Central and Eastern European Council in Canada, representing the interests of nearly 4 million  Canadians of Central and Eastern Euopean heritage, demands that Walmart, Amazon and eBay, immediately cease all sales of items on their online stores that glorify The Soviet Union, Soviet repression, Josef Stalin and the institutions used to carry out Soviet genocide in nations occupied by the Soviet regime, including but not limited to the KGB.

Tens of millions of people were killed by the Soviet and Soviet backed communist regimes, while many more millions were deported, arrested, and permanently displaced as refugees.

Large numbers  came to Canada to seek safety in the 1940’s and 50’s, where nearly 4 million live today.

Companies such as Walmart, Amazon and eBay, should be ashamed to promote, and profit from, shirts and other merchandise that glorifies the Soviet regime and the genocide and terror in which it engaged. 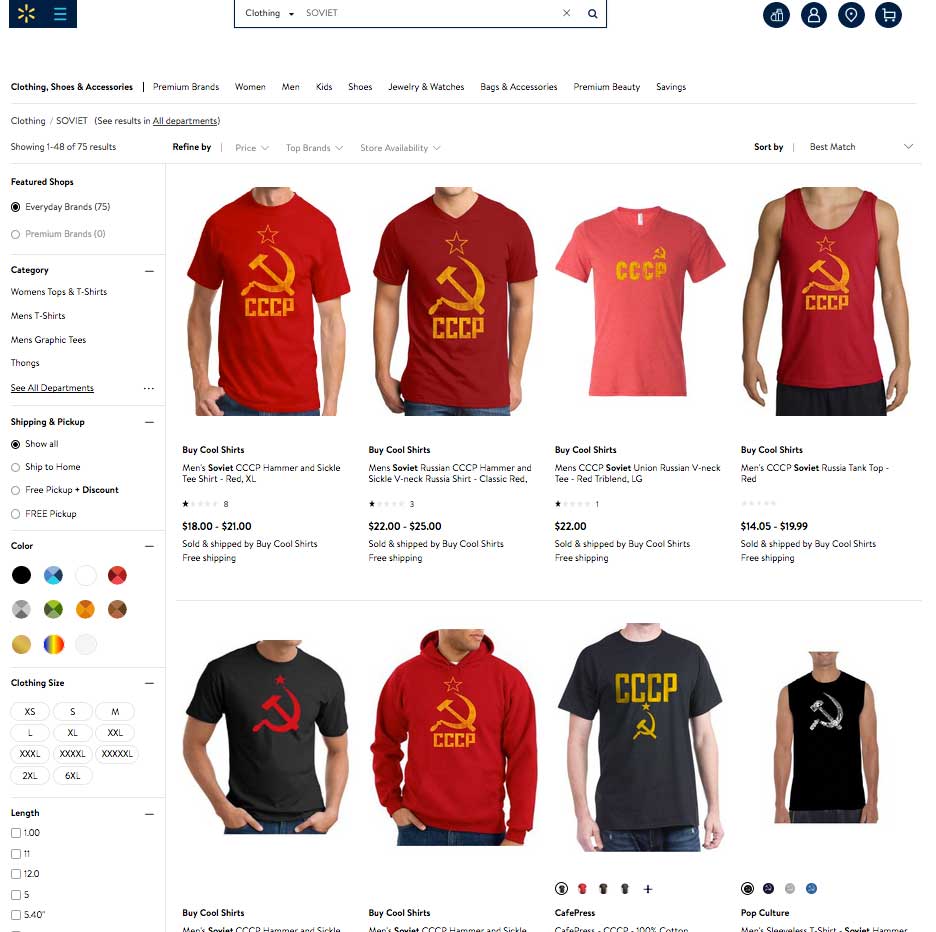 Soviet T-Shirts being sold on Walmart as of September 10, 2018

The Central and Eastern European Council calls on all Canadians to boycott these retailers until they cease sales of all items that feature Soviet symbols of repression and hate.

We urge all provincial and municipal governments to ban these symbols from being displayed in public parks and venues.

Members of the Central and Eastern European Council can brief the executive and management of these retailers about the dark importance of this history to help ensure their understanding and empathy towards the millions of victims of communist crimes. 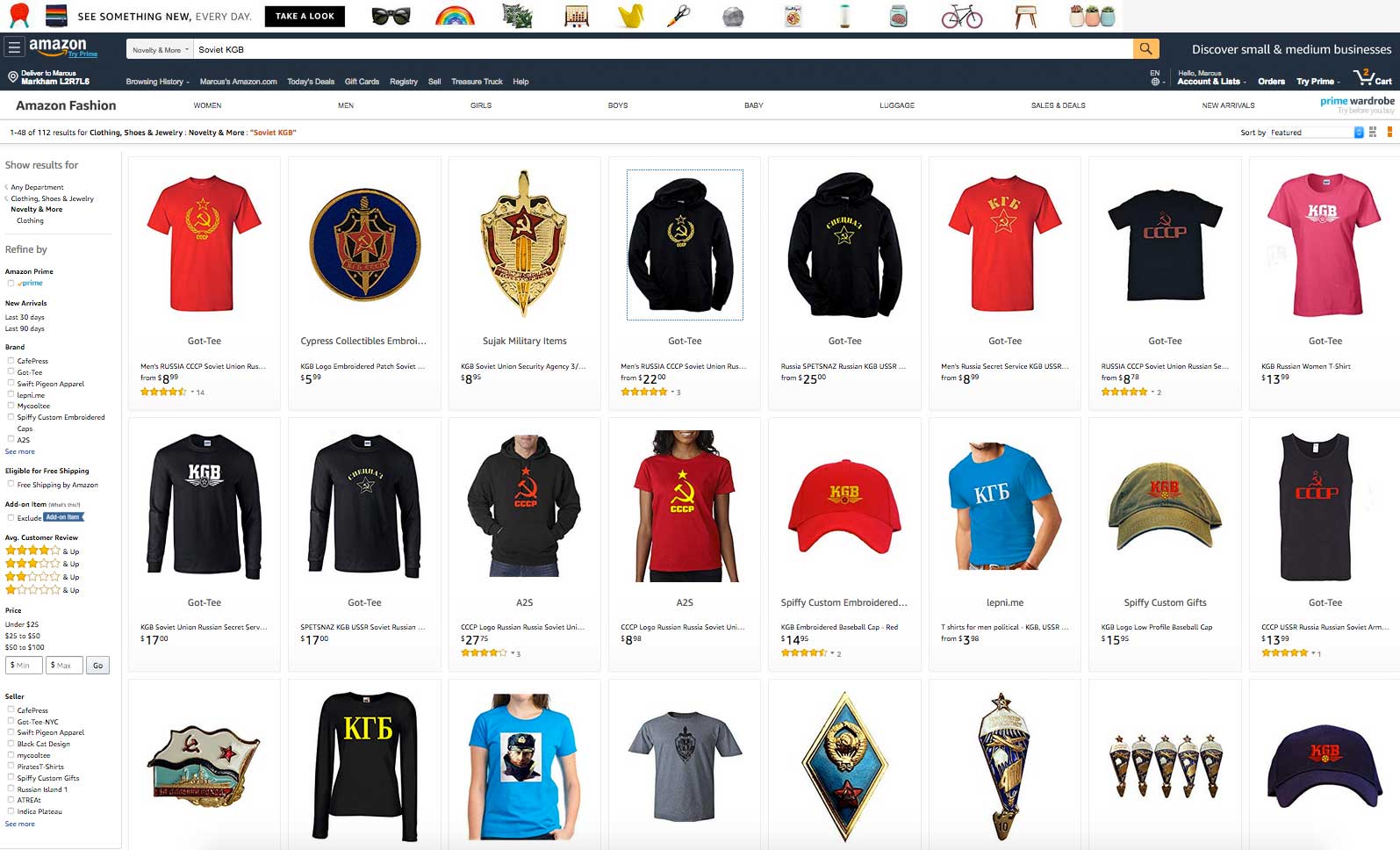