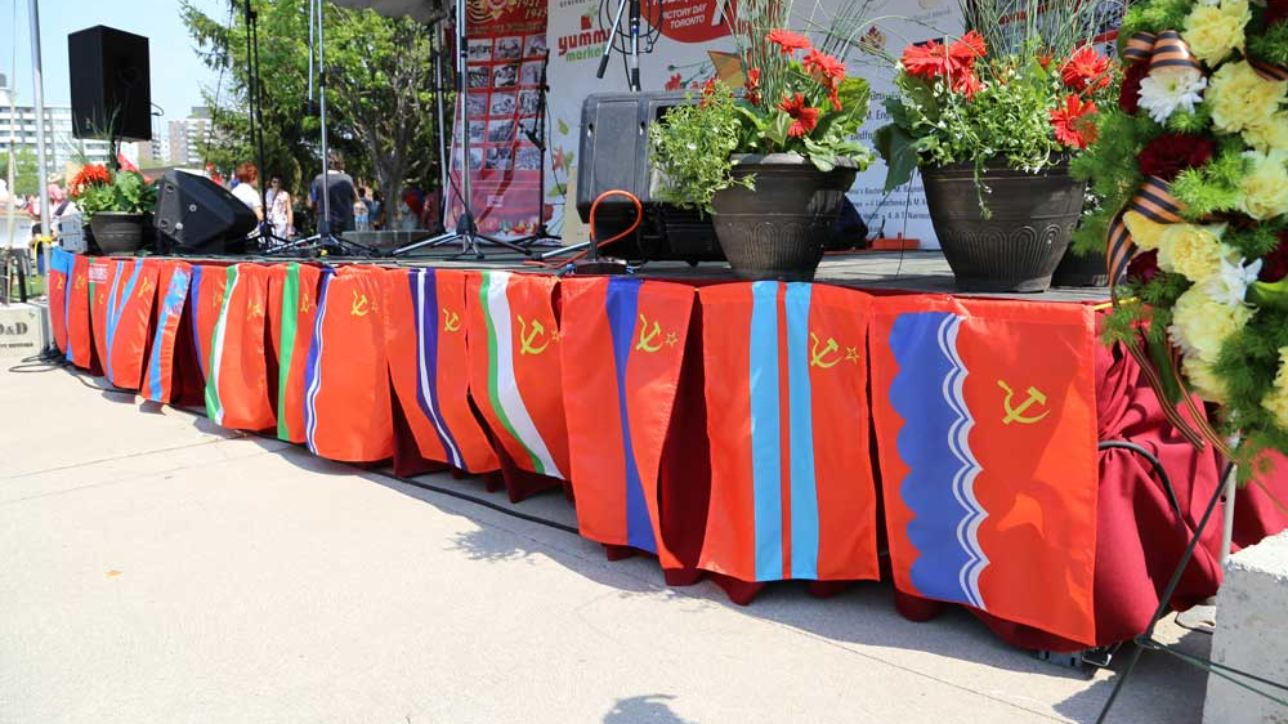 While the CEEC is thankful to all allied nations in their efforts to defeat Nazism and liberate much of Europe in 1945, including Canada, we cannot forget that Eastern and Central Europe would continue to suffer horrific repression under illegal Soviet occupation for another 50 years.

Millions of refugees from Central and Eastern Europe fled Soviet terror in the immediate post-WWII era, and settled in Canada where they helped contribute to the building of this nation, with shared values of freedom, tolerance, and respect for the rule of law.

The annual glorification of Soviet symbols in Canadian cities, including the flags of the nations occupied and terrorized by the Soviet Union, is a hateful, taunting, reminder to the millions of Canadians whose families suffered and fled Soviet occupation and repression, must be condemned by all Canadians, including city officials. Such disturbing celebrations of violent imperialism and targeted repression, have no place in Canada.

In 2018, such celebrations were marred with physical violence, when according to reports filed with the Royal Canadian Mounted Police and Ottawa Police Service, a group of neo-Soviet demonstrators violently attacked a Canadian citizen for holding a Ukrainian flag at a Soviet Victory Day rally.

This year in Lisbon members of the Ukrainian community were attacked for standing alongside participants with placards informing the people of Portugal about the crimes of Stalin and Russia’s military aggression in the Donbas region of Ukraine. Such acts of anti-Ukrainian violence are unacceptable.

Founded by the Kremlin, these annual neo-Soviet rallies are believed to be financed from the Russian state budget. They seek to present Soviet totalitarianism in a positive light, whitewash the horrific crimes of Soviet-Communism and affirm the cult of Joseph Stalin and the Soviet Union’s victory in WWII. Since the beginning of Russia’s military aggression in Ukraine in 2014, these neo-Soviet Victory Day rallies and marches have been used in efforts  to undermine the sovereignty of Ukraine, Latvia, Lithuania, Estonia, Georgia, Armenia and other nations once held captive by the Soviet Union.

The CEEC calls on all Canadians and Canadian politicians to condemn the hateful display of Soviet symbols and the un-Canadian glorification of Soviet occupation and tyranny over the free nations of Central and Eastern Europe.