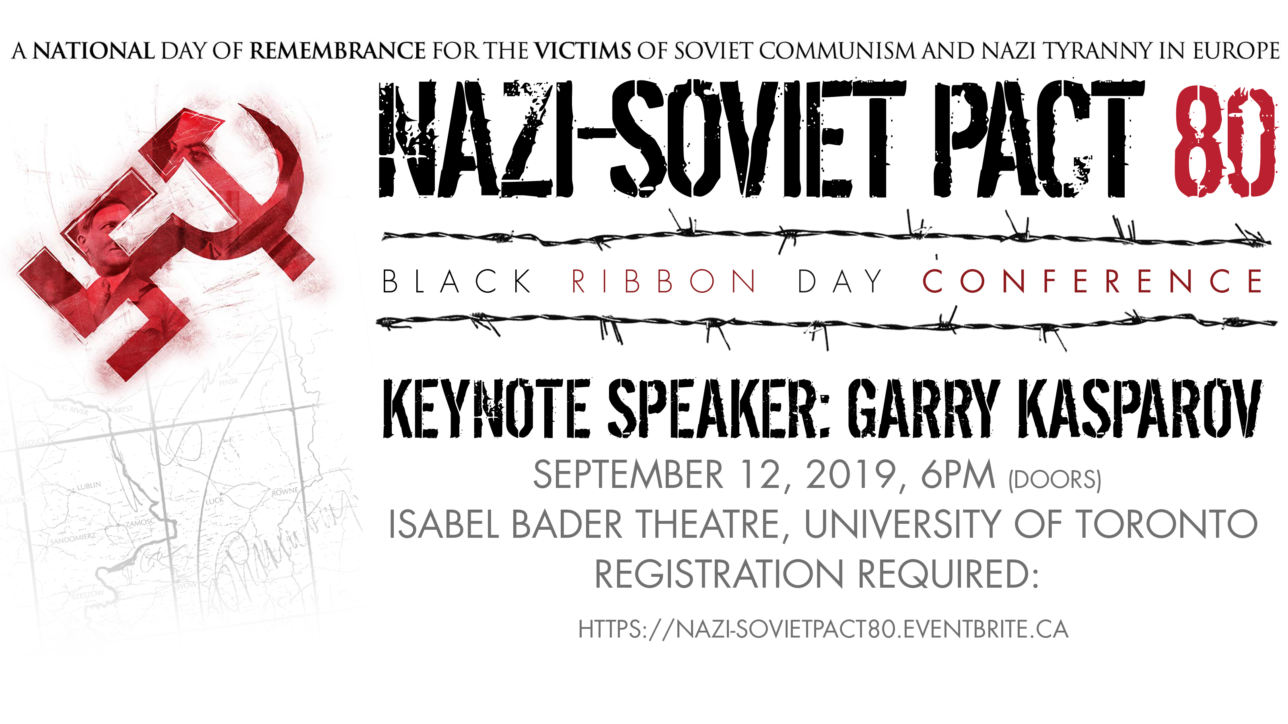 TORONTO – Members of the Central and Eastern European communities today remember the millions of victims of Soviet and Nazi terror in Europe.

On August 23, 1939, Adolf Hitler and Josef Stalin formally conspired to tear Europe in half when they signed a non-aggression pact and its secret protocols, whereby they agreed to divide Europe among them. Thus began the Second World War. The unprecedented scale of terror, bloodshed and violent repression that the Nazi-Soviet pact unleashed has forever scarred Europe and the millions of victims, many of whom escaped to Canada and still live here today.

In 2009, a resolution was adopted by the Parliament of Canada making August 23rd a National Day of Remembrance for the European victims of Nazism and communism, known as Black Ribbon Day.

“The families of millions of Canadians fled Soviet and Nazi terror in the 1940s and ‘50s, arriving in Canada as refugees,” said Central and Eastern European Council in Canada President, Marcus Kolga.  “The trauma that they endured at the hands of the Nazi and Soviet regimes continues to be passed along through generations and it is critically important that we never forget the terror inflicted on the millions of victims by these two authoritarian regimes, fascist and communist.”

A major international conference is being planned for September 12 at the University of Toronto’s Isabel Bader Theatre, where chess grandmaster, pro-democracy activist and Russian opposition leader, Garry Kasparov, will deliver the keynote address. A panel discussion about the legacy of the Nazi-Soviet Pact today, featuring international experts and political leaders, including former Canadian Justice Minister and international human rights advocate, Irwin Cotler, and former Liberal leader Bob Rae – who introduced the parliamentary motion to make Black Ribbon Day a national day of remeberence. Registration for the event can be completed here: https://nazi-sovietpact80.eventbrite.ca Doors will open for the event at 6pm.

It is of critical importance that Canada and the world remember this deadly pact between Hitler and Stalin which helped facilitate the start of the Second World War and left many millions of people under Soviet occupation for decades to come.

The Central and Eastern European Council in Canada represents the interests of over 4 millions Canadians of CEE heritage. 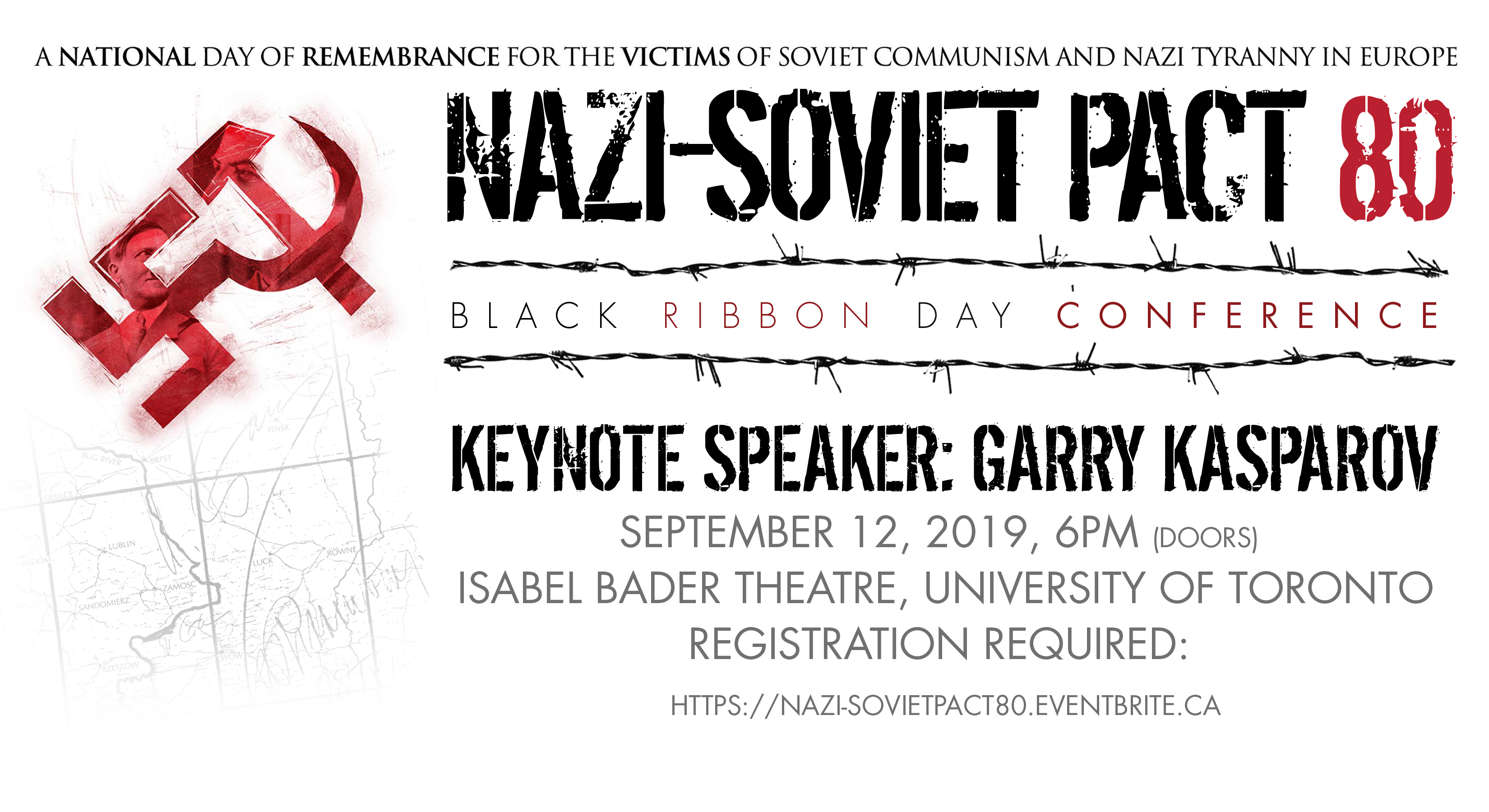